The trophy case is getting full for the U8-Red Jr chargers as they claimed their third 1st place finish of the year in their season finale tournament in Waterford/Union Grove July 25th weekend.

After being upset by Elmbrook in pool play, they came back to finish 1-1 in pool play after beating the Muskego Warriors.

All three games Sunday proved victorious for U8-Red with convincing wins over Oconomowoc 5-O’s, 12-4, and hosts Wind Lake, 23-4. The  Championship game pitted another re-March with Burlington ending in a 10-5 victory.

Hitting and solid pitching were the difference makers over the weekend.  Players from U8-white played key roles in the wins also. 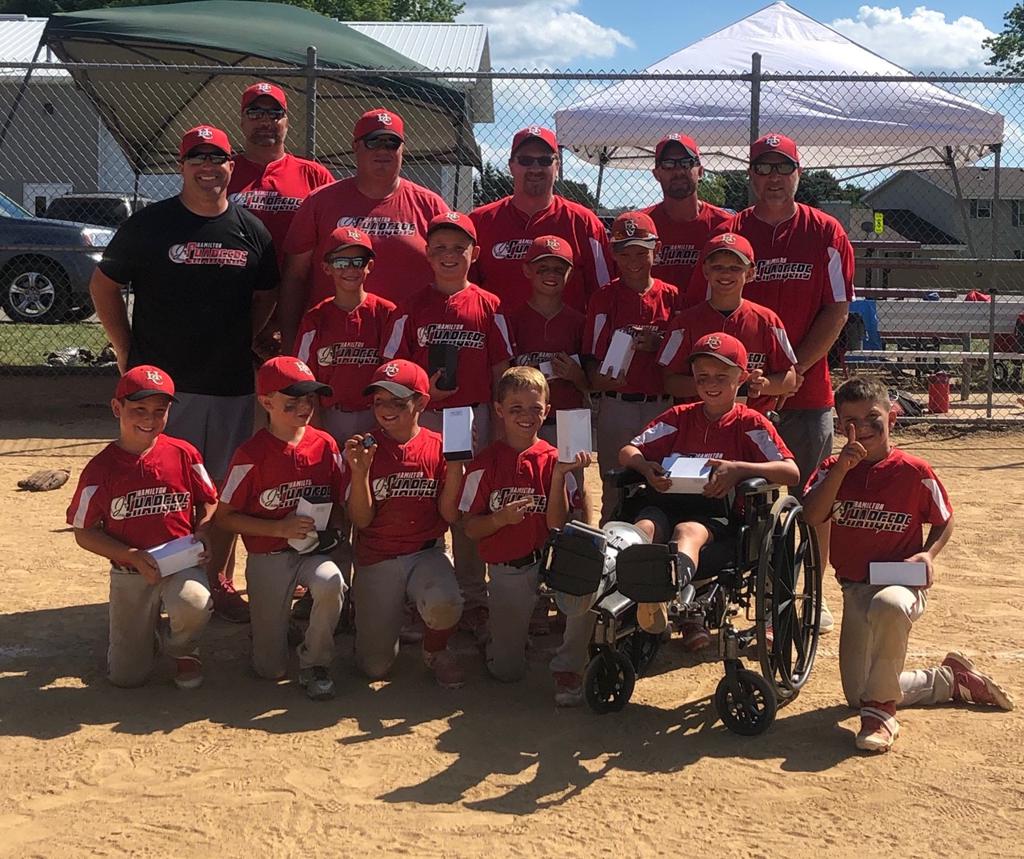