They won in dramatic fashion in beating Burlington 8-7 on a walk off hit breaking a tie game in the bottom of the 6th in the title game.

This was followed up by another 12-4 run rule game against PTA in the opening game of bracket play.

A semi-final match-up game followed vs. fellow U8-Jr. Charger White team that also ended in dramatic fashion.  Entering bottom half of the 6th, Red found themselves down 12 - 13 after White mounted an 8-run comeback in the 6th.  Red managed to plate two runs in walk off-fashion with some timely hitting in home half of the final frame. 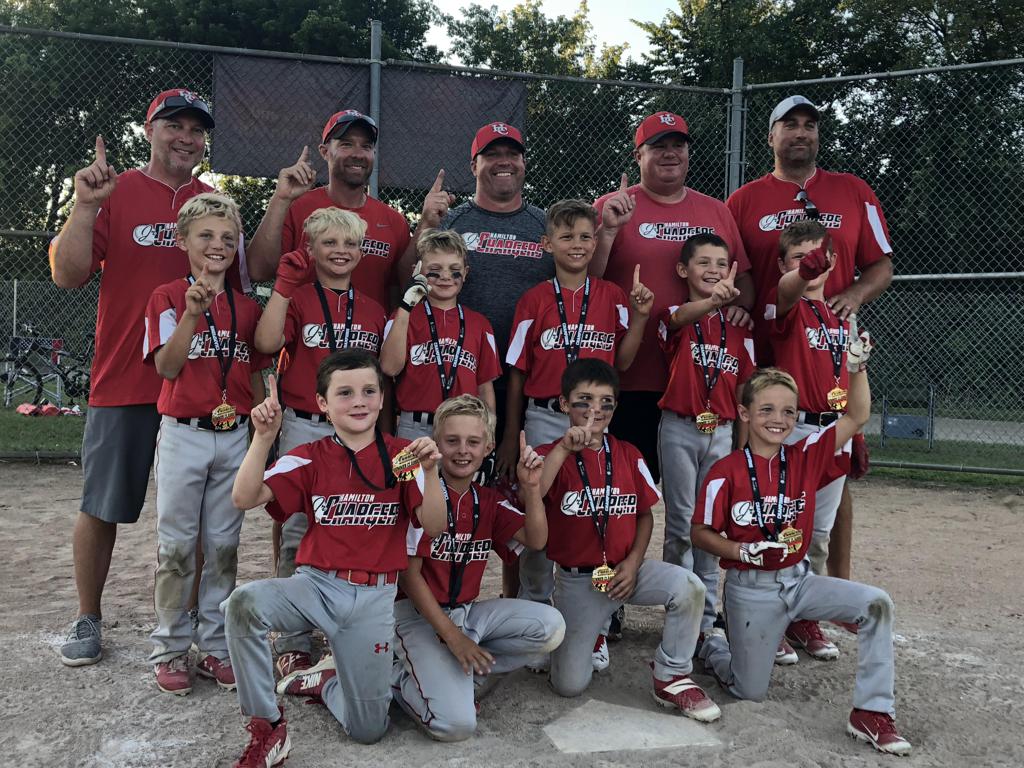 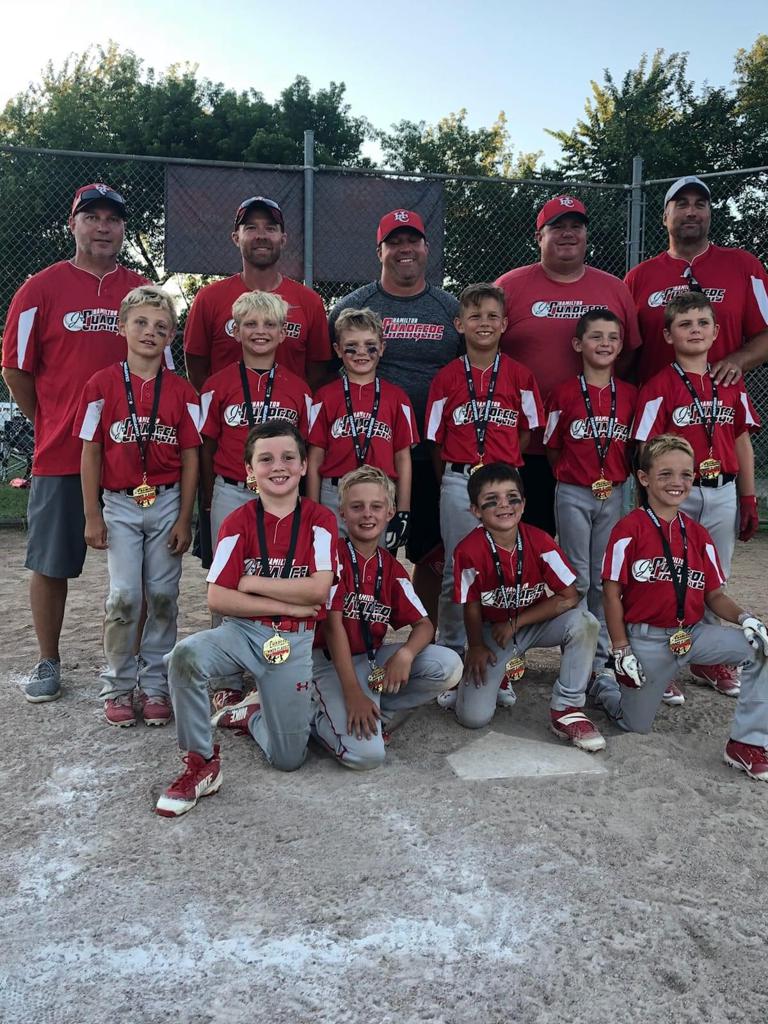